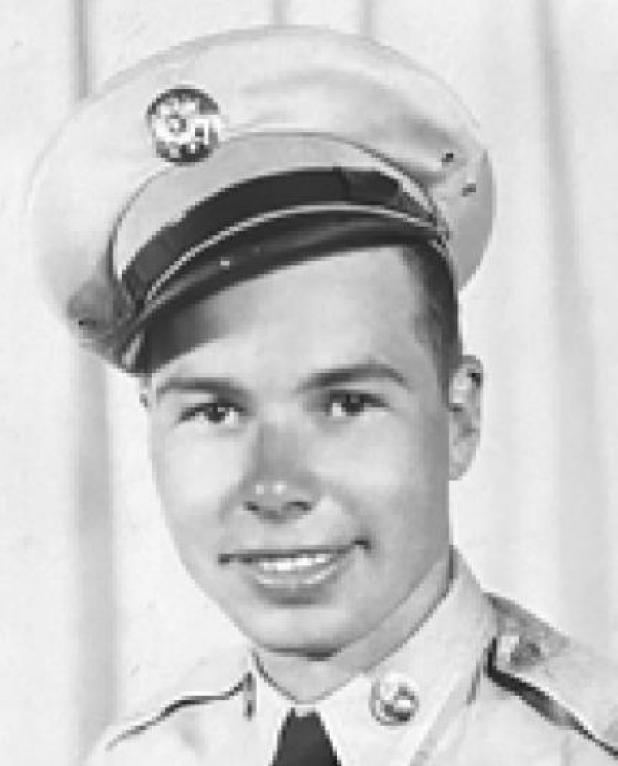 The funeral for Samie Skjonsberg will be 10:30 a.m. Thursday, October 14, 2021 at First Lutheran Church. Rev. Terrill Sorensen will officiate. Interment will be at the Britton Cemetery under the direction of the Price Funeral Chapel.

Samie Frank Skjonsberg was born on November 27, 1928, to Samuel Skjonsberg and Frances (Weier) Skjonsberg in the upstairs of his grandparent’s house in Sisseton SD. Samie was the third born of four children. He grew up during the Great Depression, so things weren’t easy growing up. Although during this time he learned to have a great work ethic and the power of humility.

Samie honorably served in the Korean War from 1951- 1953. Several years later, Samie was united in marriage to the love of his life, Annetta Christopherson on March 30, 1956. The two were married 65 years. Samie and Annetta made Britton SD their home and they raised their two children DaNeal and Bardie.

He had a fascination for antiques, especially antique cars. He was a great mechanic who restored many classic cars throughout his life. He had an impressive 80-year collection of cars, toys, and other antiques that people would travel from all over to see. Samie enjoyed working on his cars, spending time with his family (especially his grandchildren), and he was always there to help a neighbor in need. Samie resided at Wheatcrest Hills in Britton for the last two and a half years.

Preceding him in death are his parents Samuel and Frances Skjonsberg; brothers Leo and LeRoy Skjonsberg; and his sister Clara Thompson.

Condolences may be directed to the family in care of Annetta Skjonsberg – PO Box 536 – Britton, SD 57430.

An online guestbook and obituary are available at www.pricefuneralchapel.net.

Graveside military rites for Harold Atkinson will be 10:30 a.m. Saturday, October 9, 2021 at the Britton Cemetery. A complete...