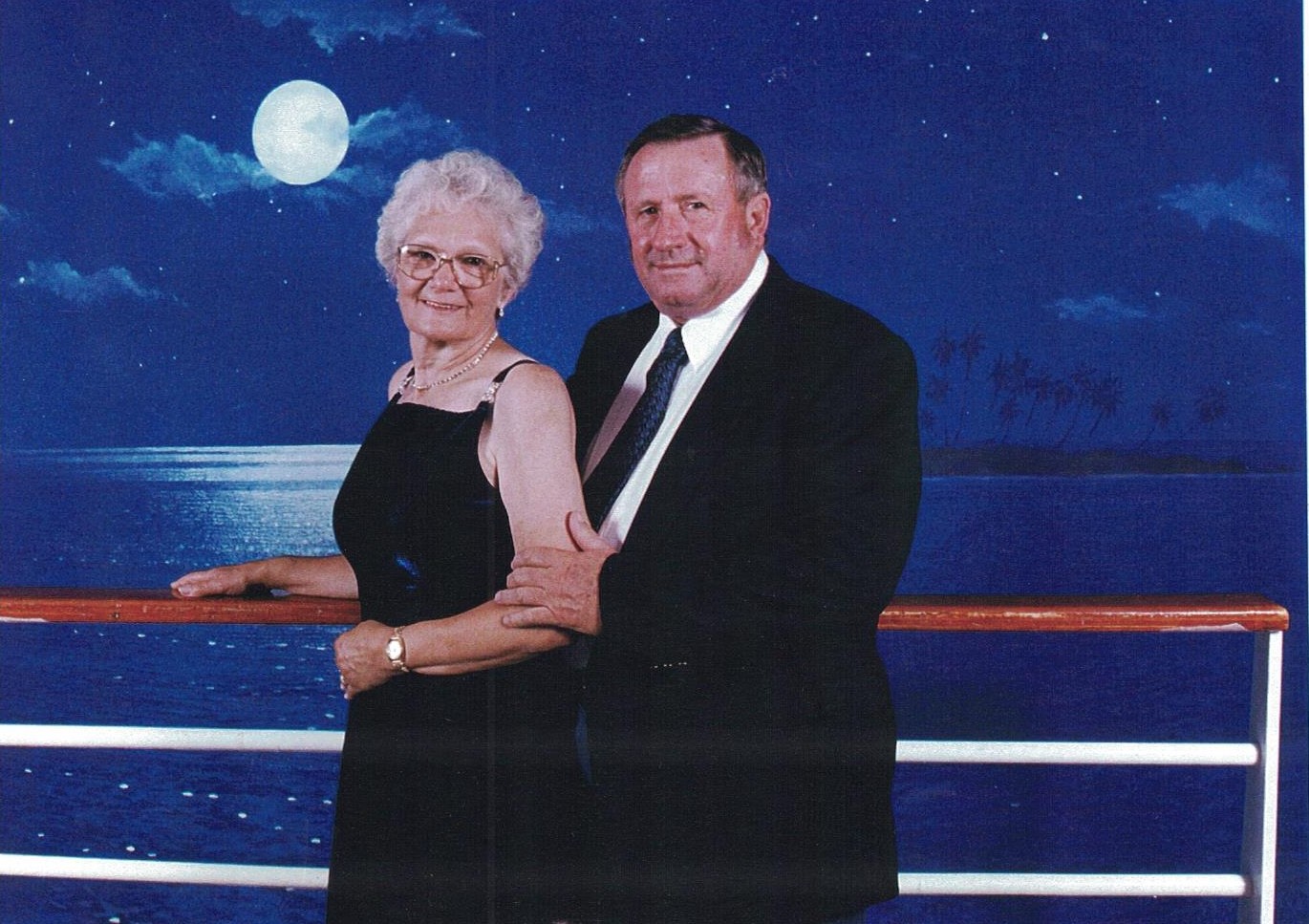 Donald Holgard, 86, passed away on Sunday, Nov. 8, 2020, and Esther Holgard, 82, passed away on Wednesday, June 2, 2021, both at Southwest Healthcare Services Nursing Home in Bowman, North Dakota, where they shared a room.
The Celebration of Life of Donald and Esther will be held at 11 a.m., MDT, on Monday, June 21, 2021, at Prince of Peace Chapel of Evanson-Jensen Funeral Home in Lemmon with Pastor Charlotte Kvale, officiating.
Cremation has taken place and burial will be in Greenhill Cemetery in Lemmon.
Donald Eugene Holgard, son of Christian and Margaret (Schell) Holgard, grew up on his parents’ farm north of Lemmon.
He eventually started his own farming operation and a successful hog business.
He spent many years as groundskeeper for Lemmon Country Club, doing what he loved- mowing greens and fairways.
Don loved fishing, gardening, planting trees, and, of course, mowing the lawn on his riding lawnmower.
Esther Jean Schumacher was born on Dec. 26, 1938, in Scranton, North Dakota, to Eigen and Rose (Schaaf) Schumacher. Esther grew up on a farm outside of Scranton and graduated from Scranton High School. Later, she obtained her registered nurse degree from Dickinson State College and began working at the Five Counties Hospital in Lemmon.
Don and Esther were married on Lemmon in 1956 and moved to a farm south of Lemmon. They moved from the farm and took over the Kulman’s Motel in Lemmon for a few years. When the kids started graduating from high school and moving out, Esther decided to join up with Nurses America and traveled to work in locations all over the United States. They eventually moved to Cape Coral, Florida, where they decided to settle down a bit and buy a home. Later, they moved to other locations, including Lakeland, Colorado, and Mesa, Arizona, while Esther was still working as a nurse. Finally, after her retirement, they decided to move back to South Dakota to be closer to family.
Esther loved nursing. When Esther and Don finally settled down in Glenham, she enjoyed life by gardening and pickling. She loved to go fishing with friends and family or just going out for a boat ride. Her pride and joy was her beloved dog, Buffy, who went everywhere with her.
Donald and Esther are survived by three sons, Ken of Billings, Montana, Dale of Chubbuck, Idaho, and Kevin of Glenham; and many nieces and nephews.
Donald was preceded in death by his parents and twin brothers, Richard and Robert.
Esther was preceded in death by her parents, her husband, and four siblings.
Condolences may be sent to the family at www.evansonjensenfuneralhome.com.